Thursday August 12th saw the inaugural Derby Day played at the Melville Bowling Club, with the Dockers hosting the Eagles, played as a curtain raiser to the AFL Derby played at OPTUS Stadium on the following Sunday.

It was a cool overcast afternoon and well attended by excited supporters of both sides, all anticipating wins from their respective teams. Right from when the very first bowl was sent down the atmosphere was electric. 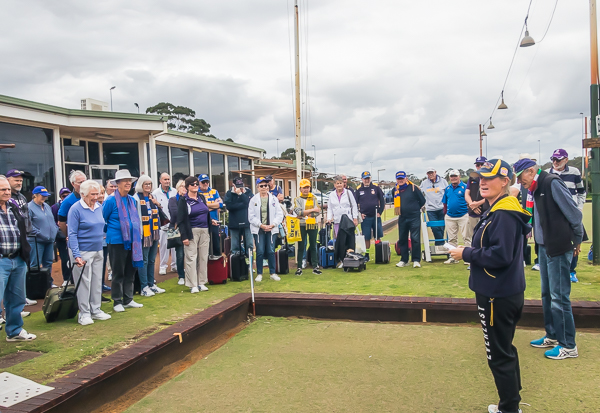 Before game start, the officiating umpire gave strict instructions about the play of the day, with the match to be played in two halves. Teams would change rinks at half time and meet with new opponents. Team scores would be aggregated to determine the winner. Harsh penalties would be handed out for any illegal tackling, sledging and physical altercations would not be tolerated. The match was expected to be played harmoniously and in the spirit of the rules.

May the best team win 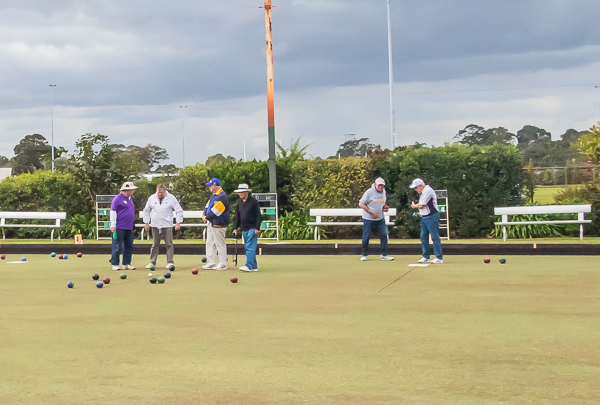 It wasn’t long into the first half that we observed some rather animated discussions on several rinks. There were similar discussions observed during the day. While no serious altercations, some players did seem to get a little excited about their views. Not much attention was given to the anti-sledging rule as most was quite lite-hearted. These sorts of things are expected during Derby types of sporting events. 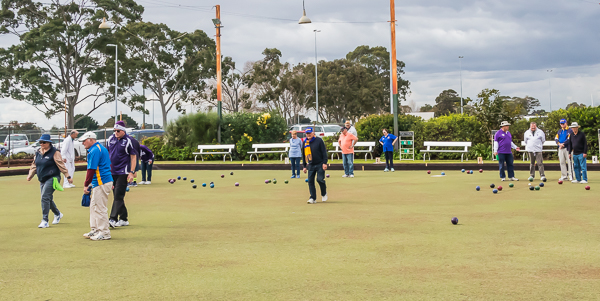 It was quite common to see a great deal of congestion around the jacks and often physical contact by the bowls added a lot of interest. Frequently it was difficult for players to navigate their bowls through all the congestion without engaging in rough play.   Fortunately, there were no injuries reported during the day. 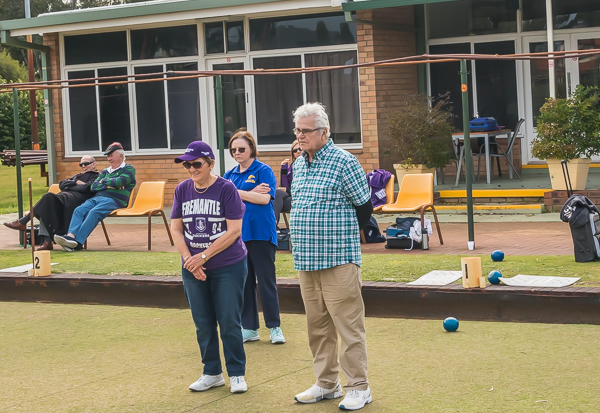 The play is not always at your end of the rink, you do need to wait for the bowls to come into your field of play. You also need to regularly change ends to ensure you get an even share of the play. That’s part of the game.

The match was very keenly fought and did see-saw a bit during the day. It was difficult to determine which team had the edge during most of the day. At half time, it was either teams game. However, the dockers fought on strongly to consolidate a win by the end of the second half.

The event was voted a great success. It is to become a regular curtain raiser to the second Dockers V Eagles Derby annually. 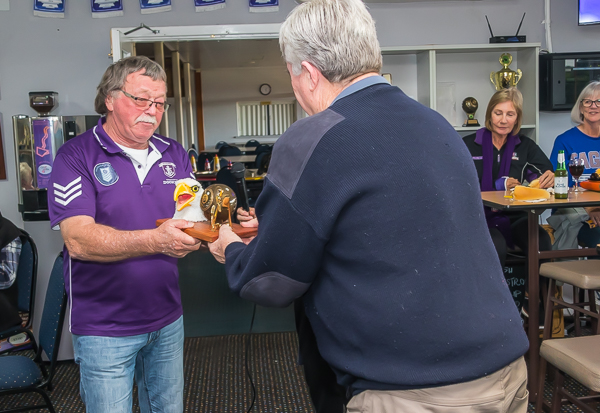 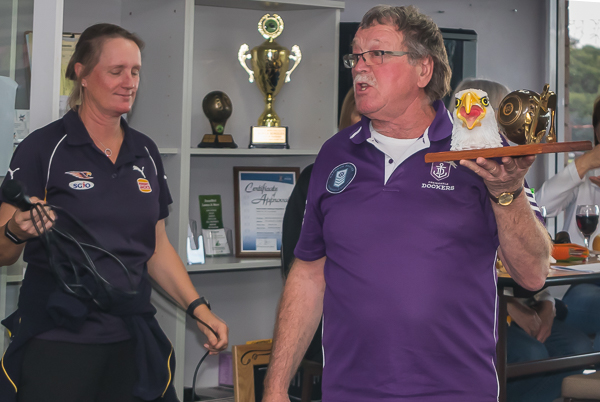 Dockers captain, Tim Cattle, delivering his victory speech amidst much cheering and cat calling whilst declaring the trophy to be a perpetual trophy to be contested annually.